DON'T FORGET!! THE WEEK OF OCTOBER 11-14, 2016 WE WILL BE CELEBRATING OUR ONE YEAR ANNIVERSARY!!!!!! THE WHOLE WEEK WE WILL HAVE DISCOUNTED TREATMENTS, RAFFLES, AND NEW PATIENT SPECIALS. SPREAD THE WORD AND SPACE IS LIMITED. APPOINTMENTS ARE ALREADY GOING FAST THAT WEEK!!! CALL 509-922-4133 TO SCHEDULE!

“Remember that everyone you meet is afraid of something, loves something and has lost something.” ~ H. Jackson Brown Jr.

Health Alert: Tooth Loss Associated with Poor Cardiac Outcomes. For patients with stable coronary heart disease, losing teeth may be a predictor of adverse cardiac events in the near future. An international team of researchers followed 15,456 stable coronary heart disease patients for four years and found each tooth lost a patient lost during the study resulted in a slight increase in their overall risk for a cardiac event. European Journal of Preventative Cardiology, December 2015

Diet: Cartoon Characters Can Encourage Healthier Snacking Habits. An Italian study suggests that using cartoon characters could nudge preschoolers into eating more fresh fruit at snack time. The researchers found that the presence of a favorite character sticker on an unfamiliar fruit (a kiwi in this example) influenced the children's perception of how tasty that fruit was as a snack even before they had eaten one. The team also observed that placing popular cartoon character stickers on fruit led to more children opting for fruit as a snack. The results suggest there is an opportunity to instill healthy eating habits early on and maybe even to persuade individuals to make healthier choices about food. International Journal of Markets and Business Systems, December 2015

Chiropractic: Technology Leading to Spinal Problems in Jet Fighter Pilots. Neck and back pain among fighter pilots remains a serious issue in today's military. In a new study, researchers found the risk for regular or continuous neck and lower back pain doubled among F16 pilots between 2007 and 2014. They suspect this dramatic rise in spinal complaints may be due to the implementation of new helmet mounted technologies that place a greater load on the spine during flight. Aerospace Medicine & Human Performance, November 2015

Wellness/Prevention: Smoking Can Lead to Poor Outcomes for Patients Who Need Hip or Knee Surgery. Being a current smoker may lead to a greater risk of deep infection and the need for further surgical procedures in patients needing hip or knee surgery. Using data concerning 7,926 patients treated at the Mayo Clinic between 2010-13, researchers found current smokers were 2.37 times more at risk for a deep infection and 78% more likely to need an additional operation to repair a knee/hip replacement. BMC Medicine, November 2015

Check back soon
Once posts are published, you’ll see them here.

What is Proactive Health Chiropractic all about?

Our Journey back home

Do you breathe correctly?

The science behind Chiropractic and Pediatric care 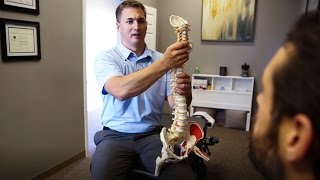